Dressing up has never been merely a means of covering one’s body; rather, it has always reflected a notion about the person wearing it: who they are, where they came from, and what they do. So, it wouldn’t be wrong to claim that each piece of Iranian fashion clothing has a tale to tell.

Diverse cultures around the world have a wide range of fashion styles and aesthetics. We know that each of these fashion trends has undergone various changes and adjustments. And let’s not forget about fashion globalization, which has impacted styles all over the world. Now, most countries in the world have chosen to stay up with the latest fashion trends while also clinging to some aspects of their own tradition. Iranian fashion is no different!

The majority of Persian styles are not fads. They’ve been around for generations and don’t go out of style just because the seasons change. In fact, you can trace the roots of fashion in Iran down to tens of thousands of centuries in the past. Let’s look at different elements of Iranian fashion, and examine what makes Persian styles of Iranian street fashion so unique. 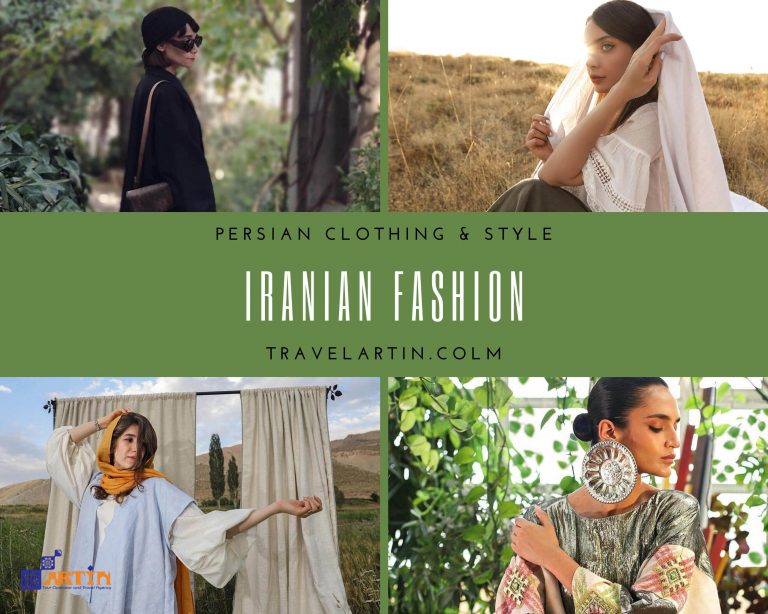 Concept of Fashion in Iran

Impacts of Revolution on Fashion

Fashion: As A Concept in Iran

When various groups of people live together for a long time, especially if that long time exceeds centuries, customs and traditions emerge alongside unique characteristics. What we now call local Persian clothing, comes from a variety of places, each with its own rich history.

Traditional Iranian fashion still exists now, and not just in villages and among tribal groups (like nomads), but also included in everyday street fashion too! Yes, there has indeed been a shift in global attitudes regarding clothes. And let’s not forget about how universal fashion concepts swept across the globe roughly two centuries ago, changing many elements of Persian clothing for both men and women.

Iran experienced global changes in the clothes industry almost at the same time as the rest of the world began to move toward a more united sense of fashion and apparel. The Iranian fashion industry went through numerous ups and downs over the past two centuries. And the result was many bold changes in Persian clothing and fashion.

However, traditional Iranian fashion never ceased to exist. Persian clothing still embraces the original roots of our culture, perhaps even more now. There is now also a growing desire for more transparency, sustainability, and ethics in the Iranian fashion sector. You’ll better understand this once you visit Iran with one of our many tour packages!

Wearing a suit is the formal dress code for men in Iran, just as it is in Western countries. You may have noticed, however, that males do not wear ties in government agencies and government-affiliated businesses. The clothing code for women is the same as it is for males; however, on business meetings and formal occasions, they always wear a more elegant mantua and scarf. Click to learn more about the dress code in Iran.

The moral police, known as the Gasht-e Arshad, enforce a strict clothing code that was instituted following the 1979 revolution when the country transitioned from monarchy to the Islamic Republic.

Because of the clothing code, both men and women are increasingly attempting to skirt around government-enforced standards, looking for loopholes that represent their unique style while avoiding official repercussions. As a result, a distinct and personal style has emerged, centered on originality and invention.

People have been progressively challenging dress codes in recent years, according to Iranian American fashion designer and activist Hoda Katebi, author of Tehran Streetstyle, a book about Iranian street fashion.

“In Iran, most women, especially young ones, do not cover their hair,” she says. “They let their scarves fall back and sometimes wear it on their shoulders, exposing their hair, then swiftly put it back on when the cops arrive.” 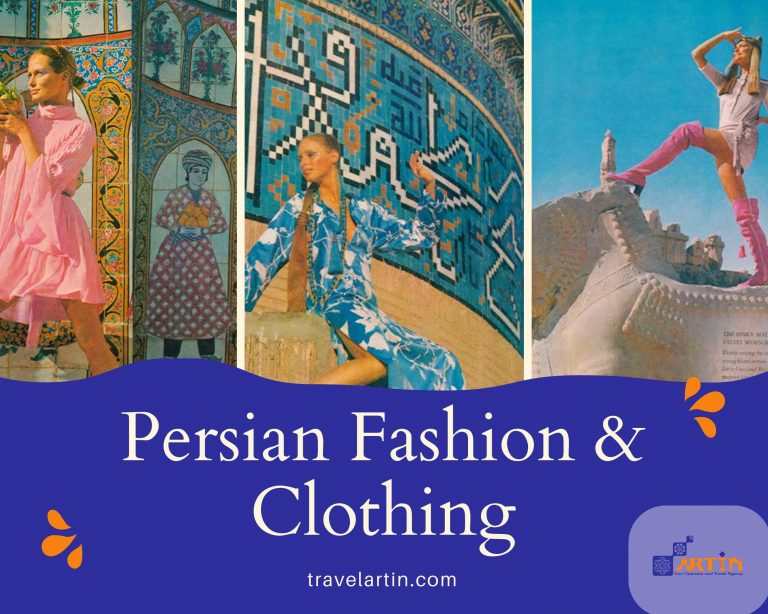 Iranians enjoy wearing brightly colored clothing with a variety of patterns or logos. Boys wearing t-shirts with the logo of their favorite band or girls wearing colorful scarves and Manteus are common sights in large cities, like Tehran.

Although the majority of Persian clothing is similar to that found in Europe, a few items may be unfamiliar for tourists. Traveling to Iran does not necessitate a significant adjustment in your wardrobe.

In your own nation, you could feel at ease wearing a t-shirt and jeans. The only requirement for entering Iran is that you wear a “manto” over your top. You could also pair your pants with a 34-sleeve tunic dress. Also, nowadays, a loose scarf wrapped over your head is enough and appropriate. Here are some of the Iranian fashion pieces that may be new to you: 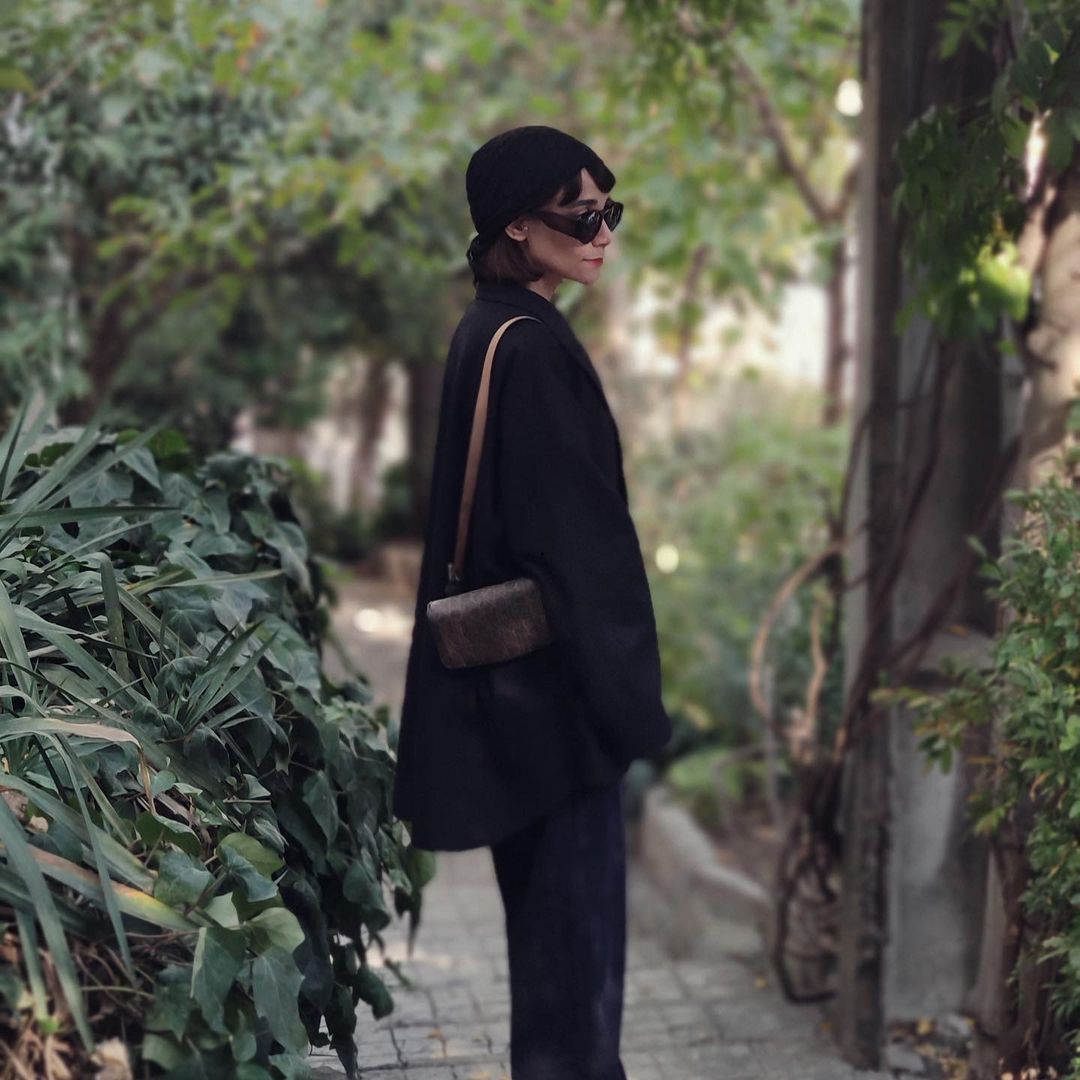 You’re definitely already familiar with scarves, accessories almost as old as history and not just in Iranian fashion. If you’re a fashion enthusiast then you won’t be surprised to hear that scarves are becoming trendy once again.

In Iran, scarves come in a variety of styles, textures, and sizes. Nowadays, Iranian girls are more frequently seen wearing stylish triangle mini scarves and soft colorful headbands than ever before. As a female traveler in Iran, you can also use this item as a beautifying element for your outfit.

Some scarves have modern art on them, and some are just plain silk scarves. So, you could say there’s something for everyone. You can also buy unique Persian scarves as a souvenier for your loved ones, as scarves transcend seasons and dress codes.

Mantua, or Manto is derived from the French word manteau, which refers to a thin, loose-fitting robe used over other clothing. Whether because it’s the easiest way to cover the necessary body parts or it has potential to be styled for all different tastes, Mantua is regarded as an Islamic hijab for women in Iran.

They are worn as school uniforms by lady pupils. Iranian women also wear plain kinds of mantos to formal gatherings and offices.

Persian designers tend to this piece of Iranian fashion and you can see luxury stores and malls putting exquisite mantuas on display. We recommend leaving some room in your suitcase because you might be inspired by this beautiful Persian clothing.

Recently, it’s been very common to wear exotic and statement fashion pieces in Iran, so check the latest trends before you book a travel pack to Iran! 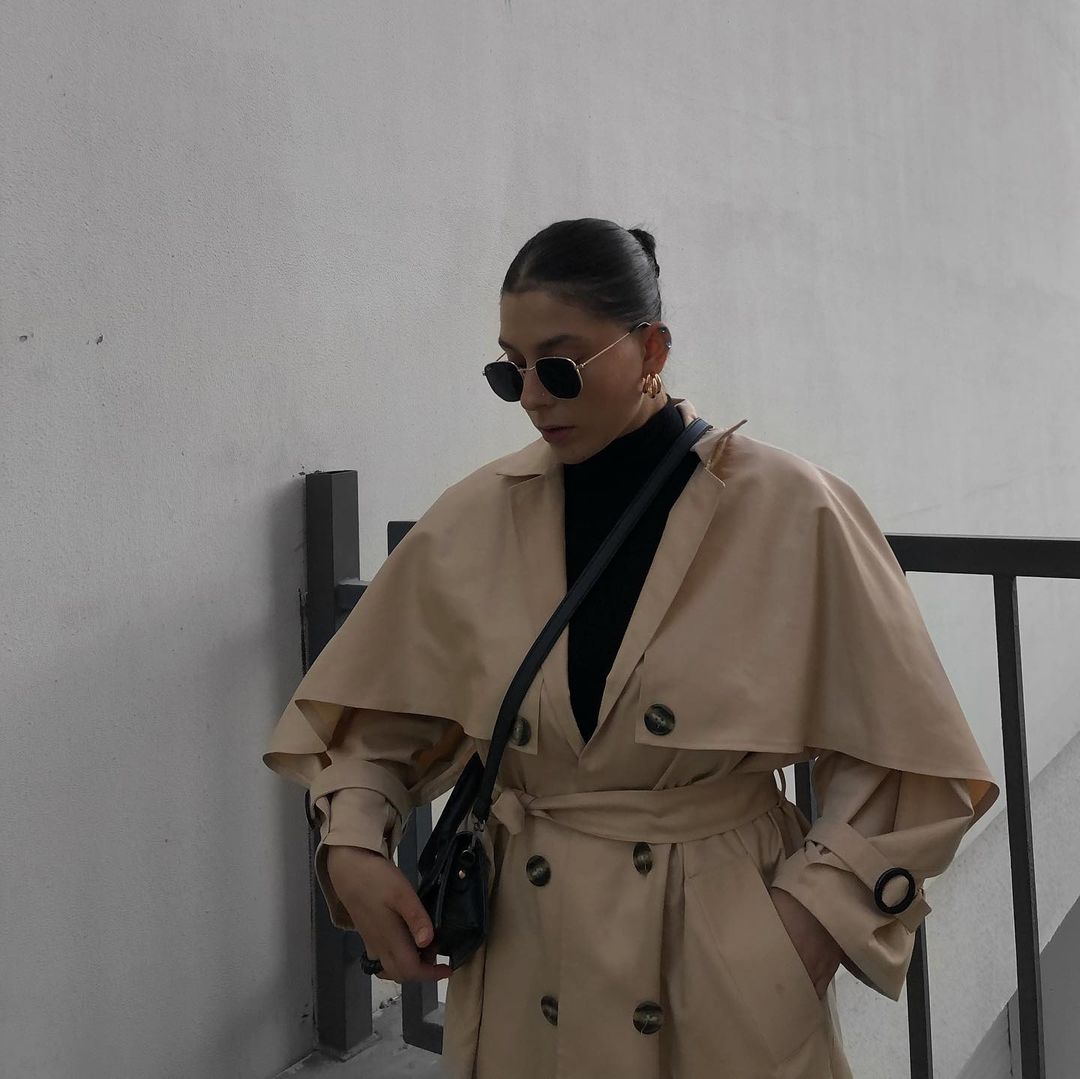 You must wear “Chador” to access special religious places, including the Imam Reza Shrine in Mashhad or the Hazrate Masoumeh Holy Shrine in Qom. The chador is a huge piece of fabric that wraps around your body from head to toe. You don’t need to carry a Chador with you to Iran, since Chador is always available at the entrance gate of these religious places. 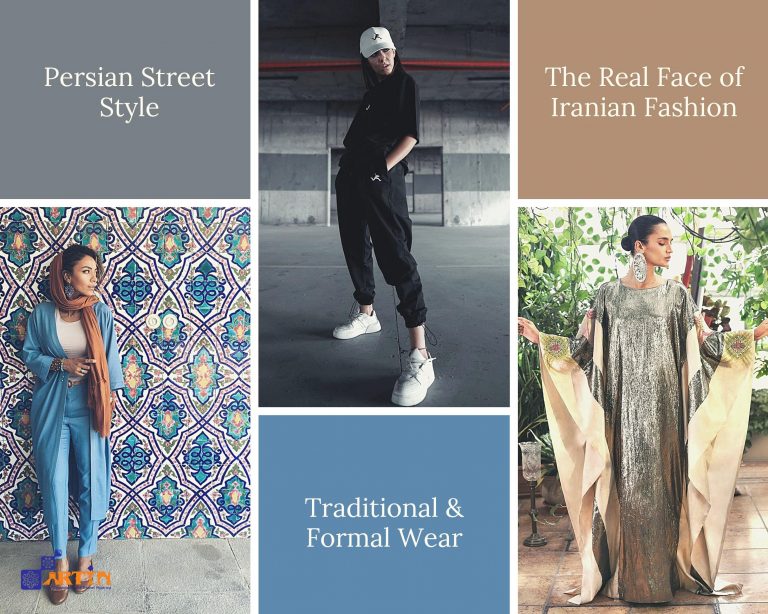 Iranian society has changed dramatically in the last five years, and for the better. Women have defied the obligatory dress rule in both obvious and subtle ways. The dress code restrictions have also prompted the emergence of an exciting and unique fashion scene in Iran, especially regarding street fashion!

Nowadays, designers work both above and underground to create clothing that complies with the dress code while also showcasing their creativity and allowing ordinary Iranian women to express their individuality.

Persian sport style, for example, has now exceeded all expectations and reached heights of quality and aesthetics that can rival many world-class brands!

Traditional Iranian fashion has also kept its popularity and can be traced in subtle and bold signs in everyday street fashion.

Minimal styles have been as popular as maximal looks during the past decade, and Persian designers have used this worldly trend to create awe-inspiring outfits. 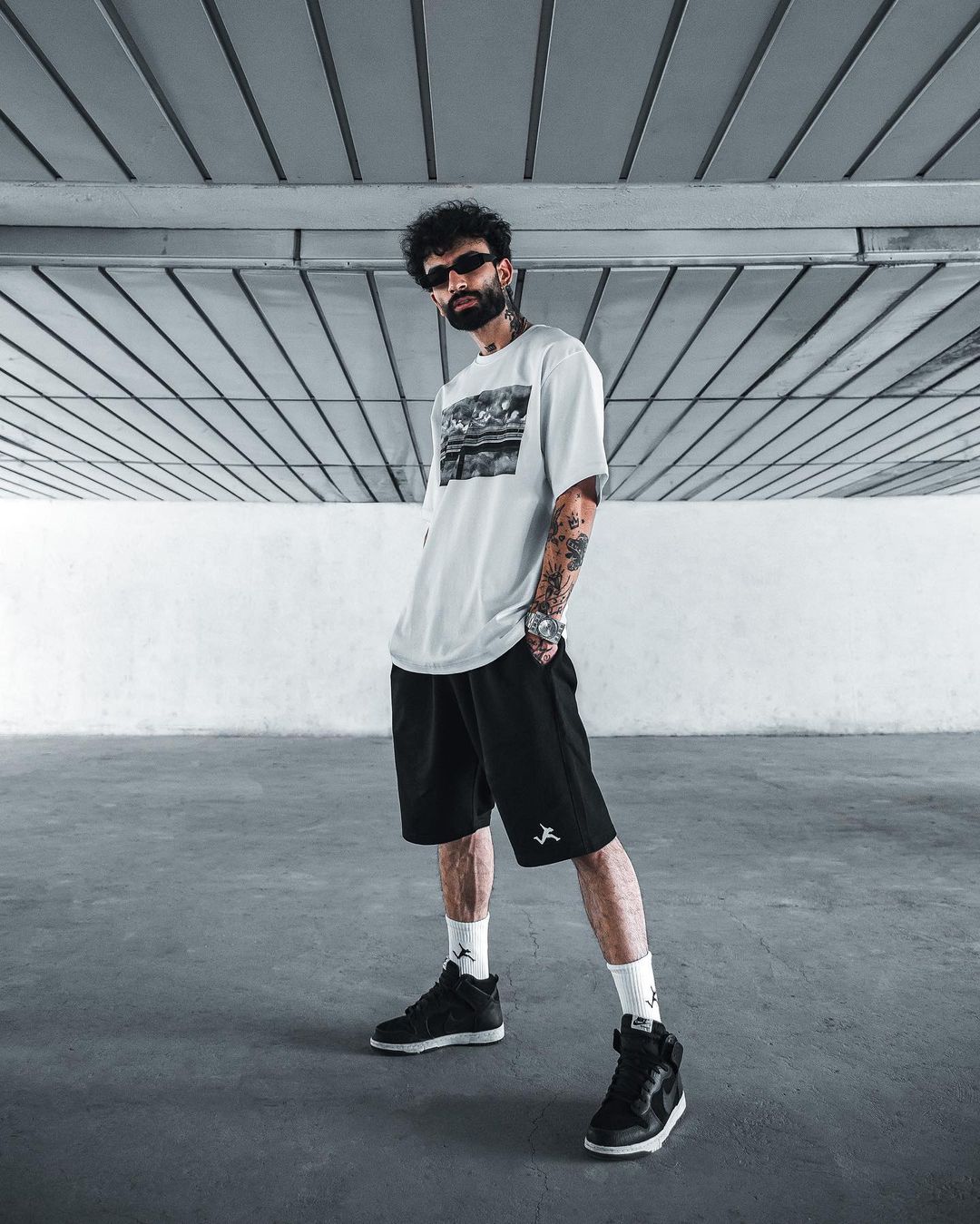 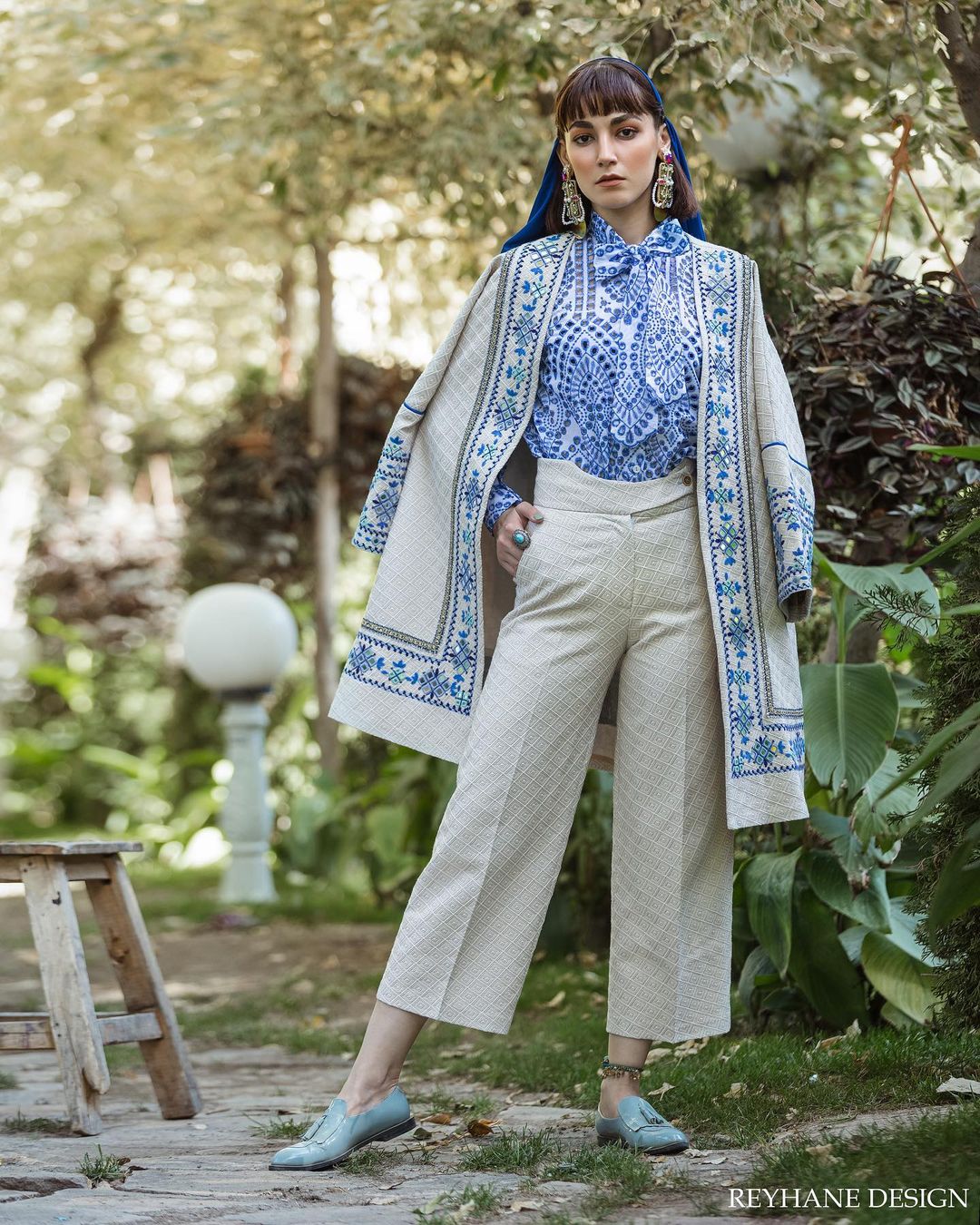 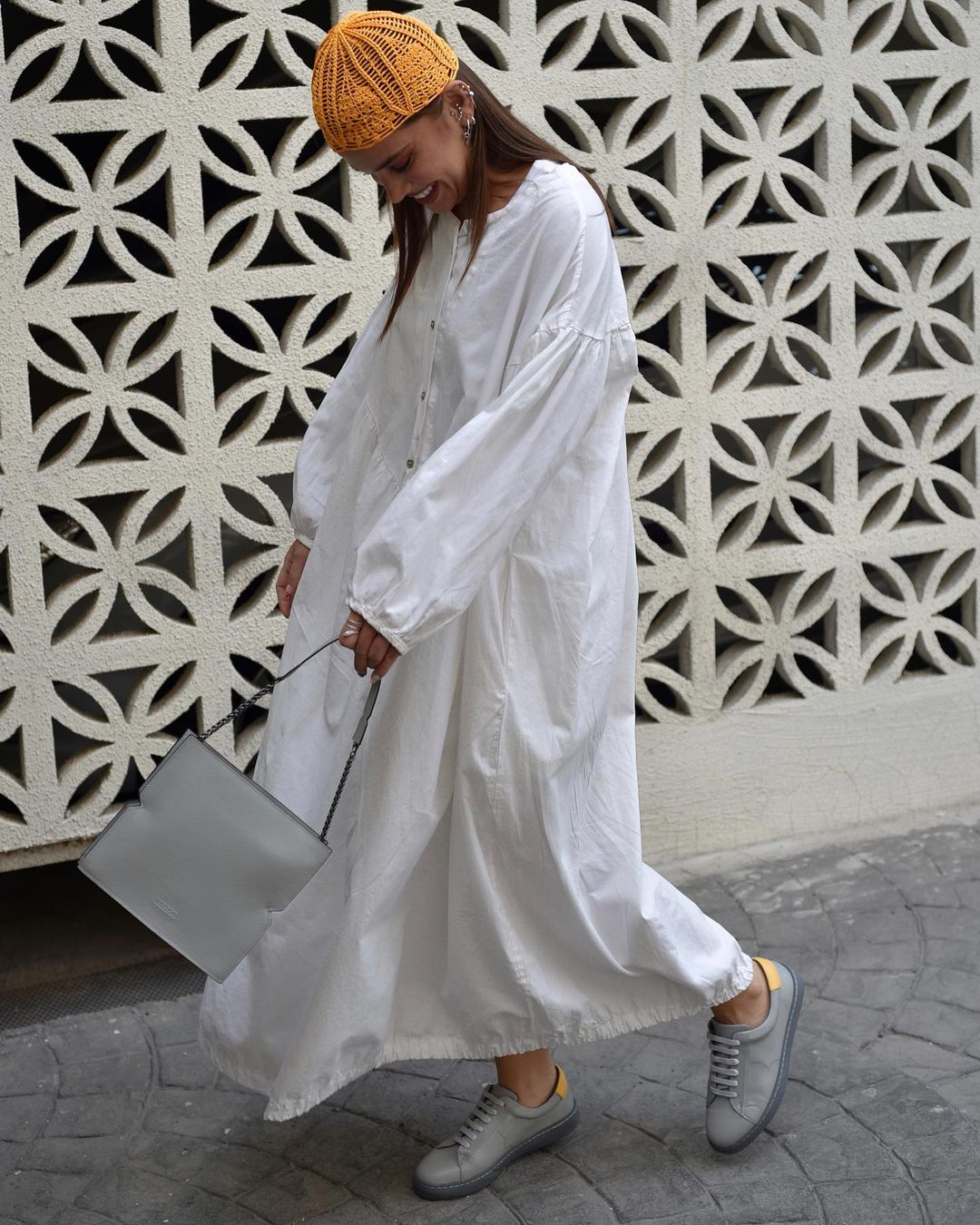 In Iran, shopping is not at all hard, as Iranian women LOVE to look good. In Iran, you can find a suitable outfit in a variety of modern and traditional shops, malls, and bazaars. If you want to buy simple Mantua Persian clothing in Tehran, 7-Tir Square, which has a multitude of shops all over it, is the place to go.

Traditional Persian clothes can also be found in small towns and Bazaars. Women in the north of the country, for example, in the provinces of Guilan and Mazandaran, wear flowing colorful blouses and skirts. Azari people also have their very own traditional outfits, similar to most other tribal groups in Iran.

Wherever you go in Iran, you will be astounded by the diversity of clothing designs, brilliant colors, and materials that you may not be familiar with. Not to mention that you’ll be able to discover a range of unique ways to put on a specific item while visiting tourist attractions! Strange hats, shoes, belts, and dresses – the world of fashion is full of wonders, and it is only normal to desire to explore these new facets of life.

Iran actually boasts a wide range of textile expertise and talents, considering its historic reputation for producing fabric and apparel. Unfortunately, many of them are fading into obscurity. Moreover, there is a clear need to revive various crafts while also addressing sustainability in Iranian fashion.

In today’s Iran, however, many young designers, bloggers, and artists are helping the Persian fashion industry reach these goals. With help from these young talents, Iranian fashion will once again shine in the world. Hopefully, Persian clothing will inspire fashion enthusiasts all over the world!

Iranian fashion is far from the image media has created. You will be amazed by the variety of clothing patterns, vibrant colours, and different styles Iranian people use to dress up. You will learn all you need to know about Iranian fashion in this post

You’ll be surprised upon learning dress code for women is not as strict as you think in Iran. Only those who like chador wear chador, and other cover their hair, legs, and hands to obey Islamic rules. You can see picture examples in this blog.

Can I wear makeup in Iran?

Yes, you absolutely can. Wearing makeup and any unique accessories is acceptable in Iran, for both tourists and locals.

Do I need to wear chador in Iran?

No. Only those who like wearing full hijab (chador) wear this clothing piece in Iran. You are okay as long as you follow the standard dress code for women in Iran. Read our blog to learn more. 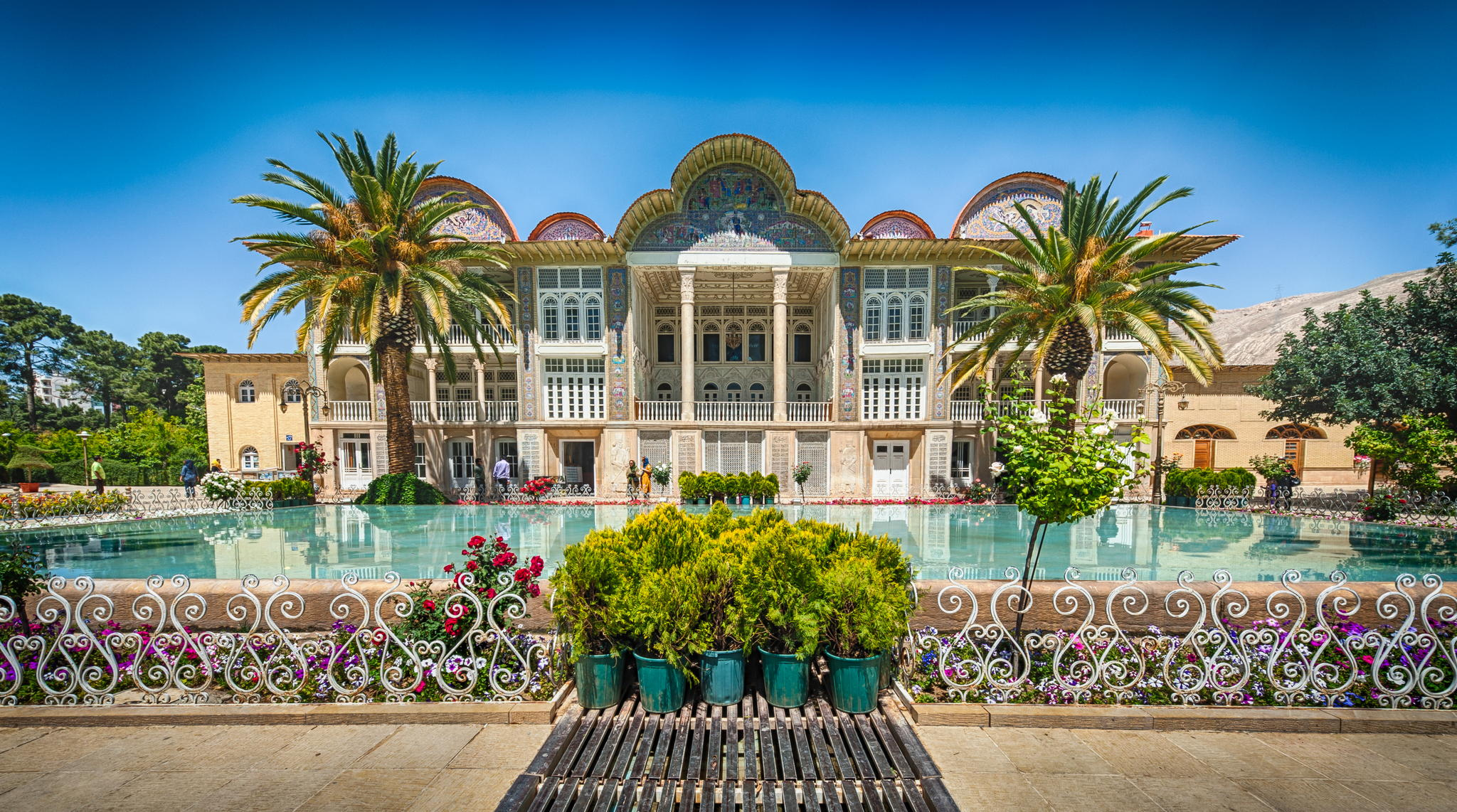 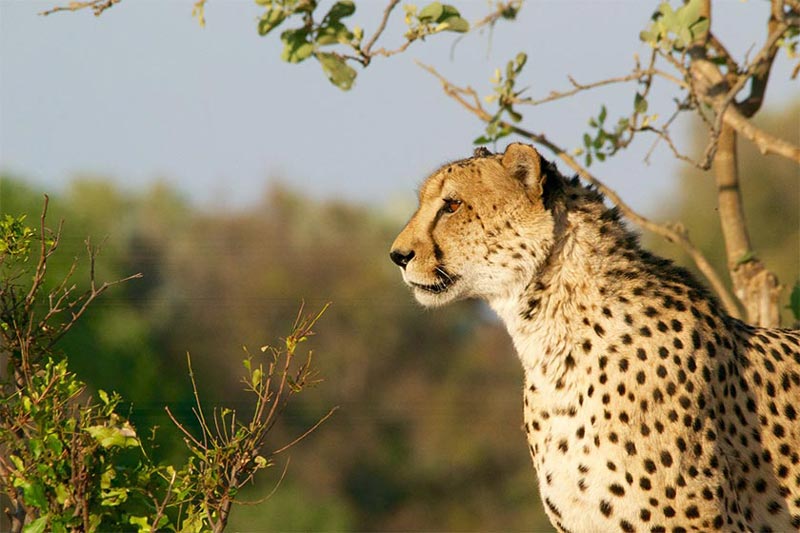 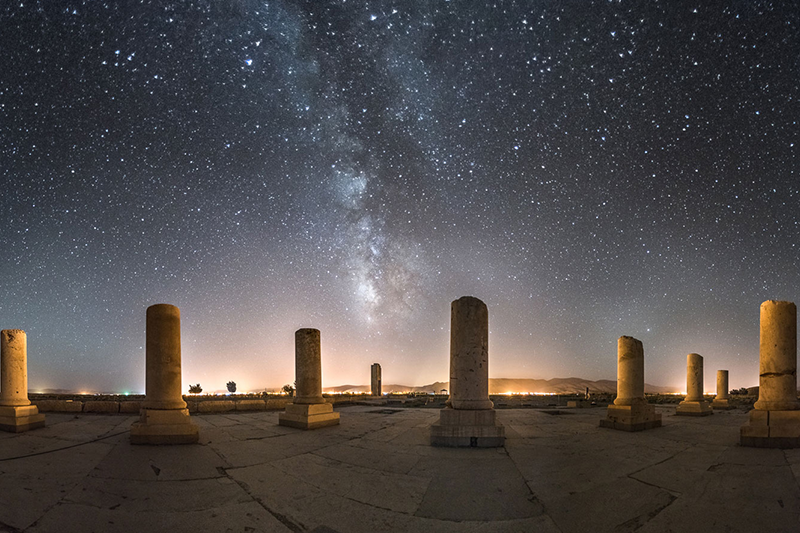 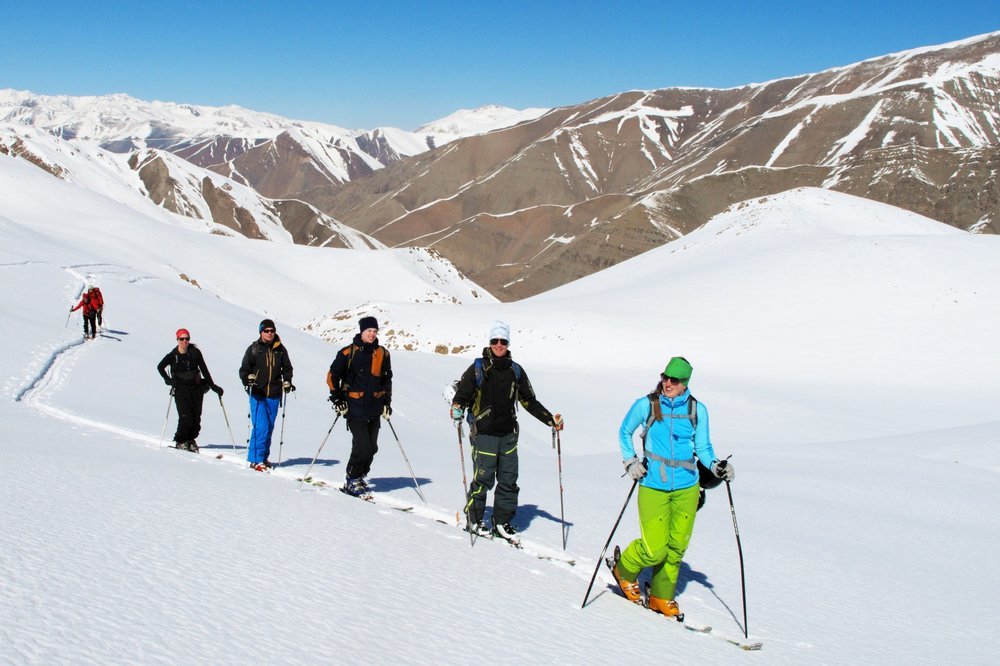 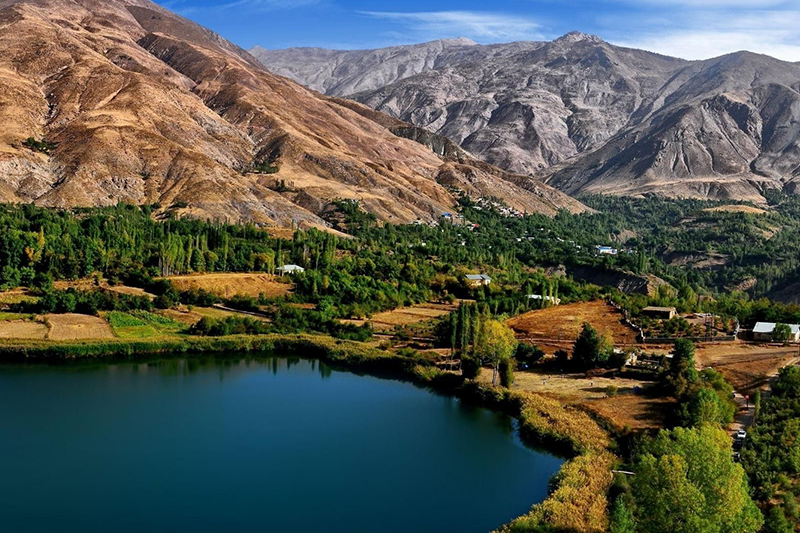 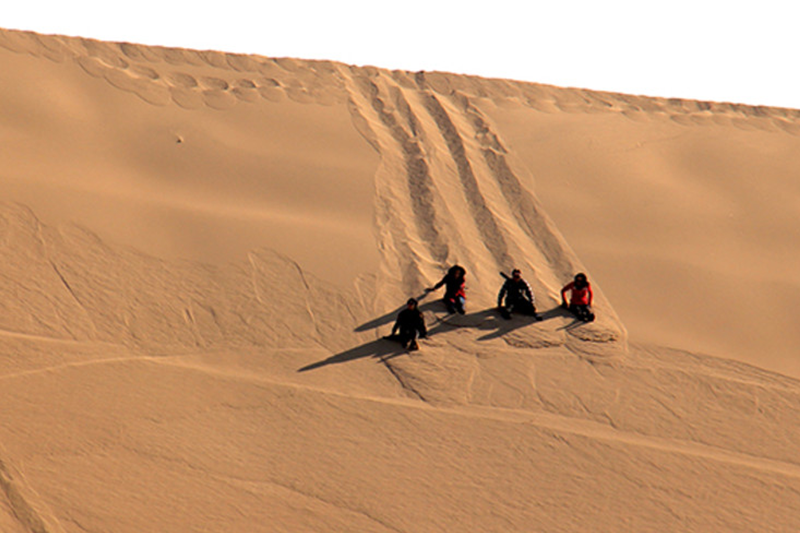 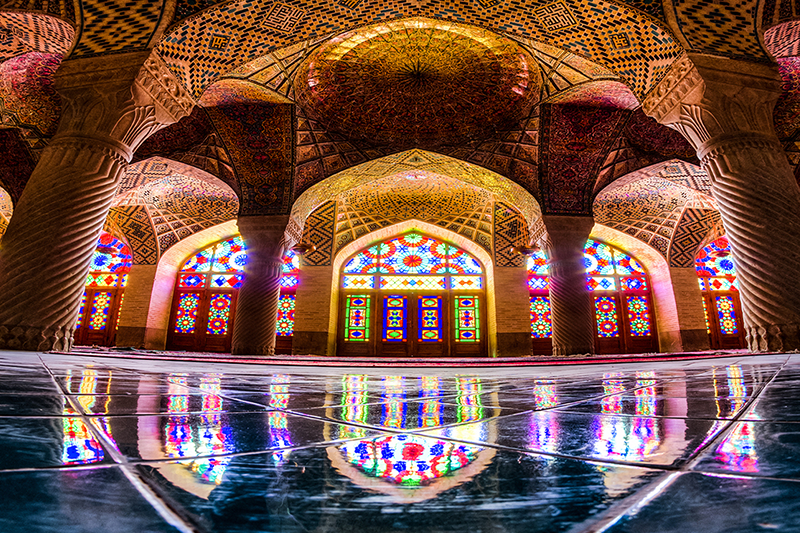 Iran Discovery- Time travel to the capital of the Achaemenid Empire