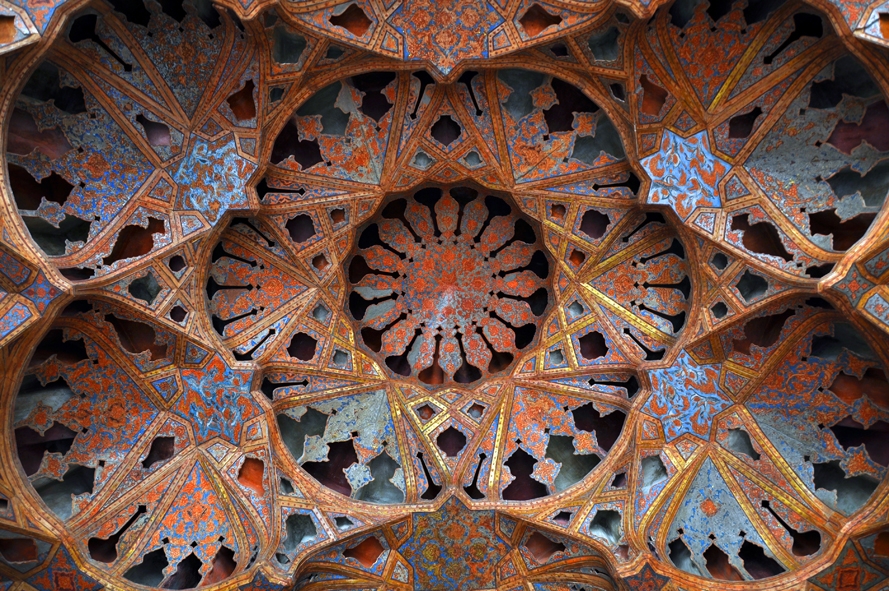 Planning to visit Isfahan has proven to be almost impossible, because the sheer number of places you must see and things you should do in Isfahan are just too many! Isfahan travel guide will help you learn all about the tourist attractions of Isfahan every traveler must see! Isfahan is also known for its ridiculously TASTY cuisine, and beautiful hotels you can find around the city. Travels also may need to know how to get away around the city and learn about TRANSPORTATION IN ISFAHAN.

Isfahan is home to Persia’s traditional architecture in its purest and finest form. Some of Iran’s most beautiful and historically significant landmarks are located in Isfahan, making Isfahan city a distinctive and unparalleled item on the list of Iran top cities.

Isfahan things to DO and SEE

Naqsh-e Jahan square is the beating heart of Isfahan’s cultural and social esse, and a MUST see on your Isfahan travel guide. This grand venue was built around 400 years ago and has been a center of national importance all throughout history. Naqsh-e Jahan square (which was once called Meidan-e Shah) borders several cultural (and national) sites of Isfahan, and was also inscribed as a UNESCO site itself in 1979.

Unlike what onlookers would expect from a square, Naqsh-e Jahan (which means the picture of the world) is 560 meters long and around 200 meters wide, making it one of the biggest squares in the world.

As a municipal architectural regulation during the Safavid era, Naqsh-e Jahan was built in a way that no vehicle could enter the main site or its surroundings; and this rule remains in place to this day as the only vehicles found inside this grand monument are carriages!

This square encloses an array of two-storey markets and shops whose architectural value and exceptional ceramic tile design and adorned walls are worldly renowned and admired by all. 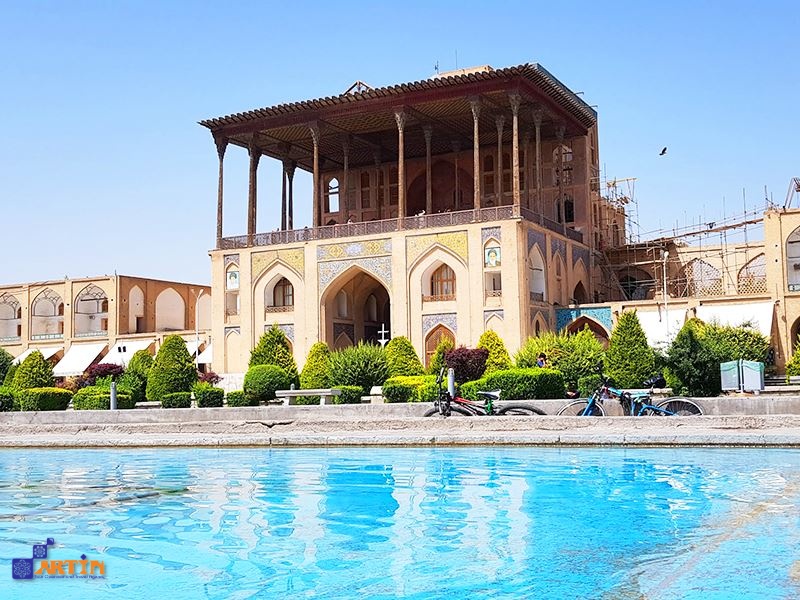 The pavilion of Ali Qapu is just to the north of Meidan Emam, and was built by Shah Abbas as a meeting place with ambassadors, international guests, and rulers of other cities. This grand palace has 6 storeys (adorned with miniature paintings and extraordinary ceiling art) and each of them holds a grand chamber within itself. This palace is also a guiding gate to the gorgeous royal gardens behind this structure.

The best of our Isfahan travel guide experts put The music hall on the 6th floor of this pavilion on top of the list. This hall is the most famous part of the structure, as its mesmerizing stucco designs and beautiful wall carvings are formed and modeled in a way to reverberate the sound of instruments played in this hall in forms of rich and acoustic vibrations.

Masjid Shah, also known as the Royal mosque or Shah mosque , is the most vivid example of traditional and colorful Persian architecture design in modern Iran. This mosque is famous for its unique interior structure, built by the masterful hands of Safavid architects with the purpose of echoing the Moazen’s voice all throughout the mosque.

Its courtyard is built of marble and the entryway is skillfully adorned with incredibly – mosaic art and curved stones, making this mosque a spiritual addition to the mesmerizing monument of Naqsh-e Jahan. 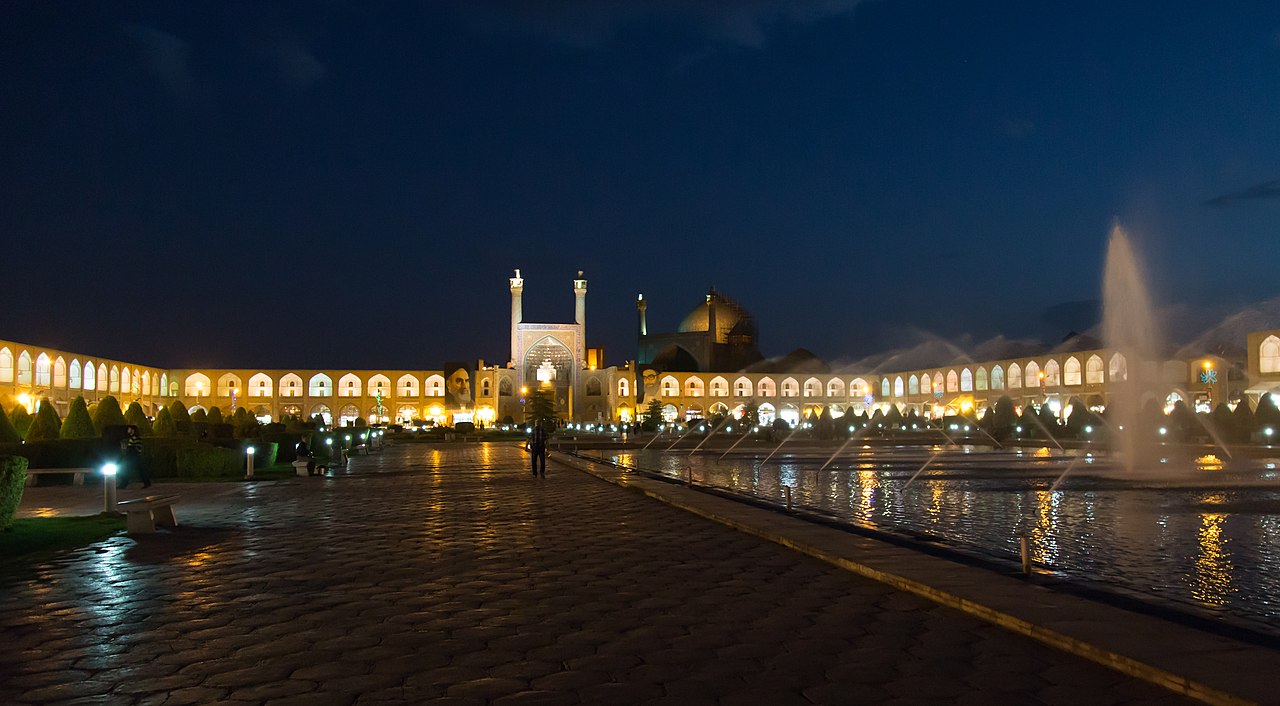 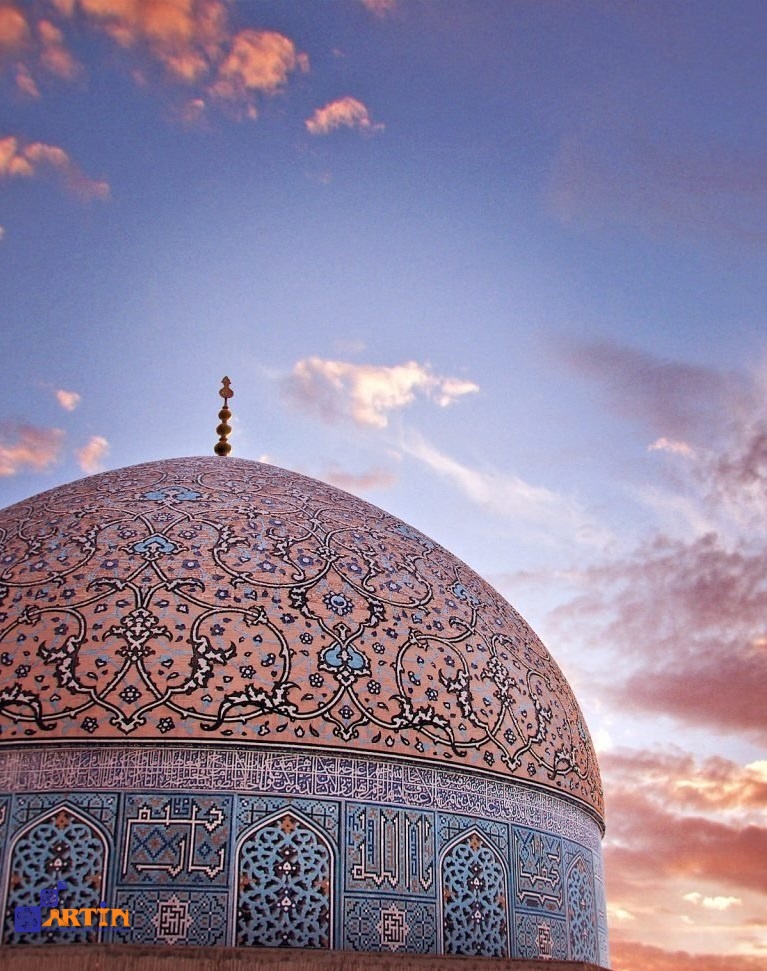 Sheikh Lotfallah mosque’s structure is singular in the world for its detailed and marvelous building design using natural means and curved stones to provide lighting for this building. This structure’s beige and golden tiles are exceptional in the architectural methods of Safavid era, for all the mosques built during this period were blue tinted. This grand national treasure’s dome is uniquely designed, as the cyan and sandy tiles adorning it change color in different times of day.

A rather surprising characteristic of this mosque is the fact that it does not have a courtyard or any minarets. As our Isfahan travel guide has outlined, it is said that the structure was built without these parts to show that it welcomes all and there is no need for special entryways for guests or important visitors. 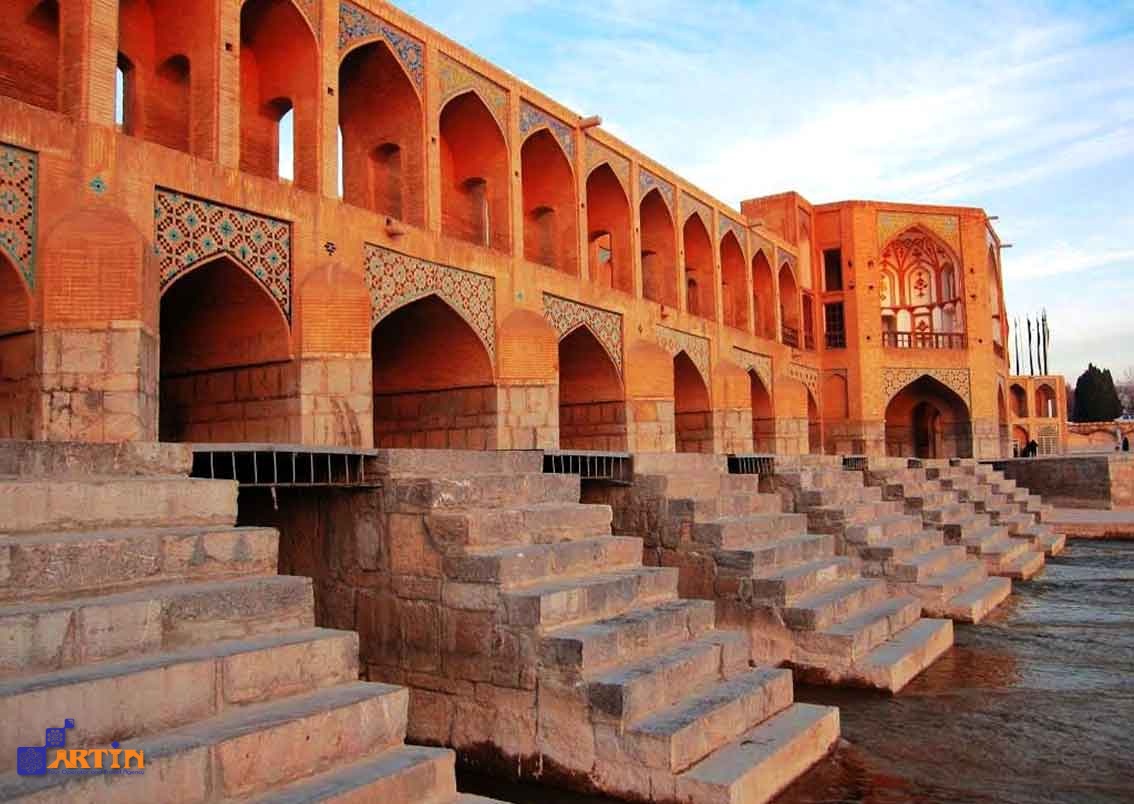 Si-o-se pol (thirty-three bridge) and Khaju bridge are two of the most famous bridges of Isfahan and Iran. As the largest construction on water, Si-o-se Pol’s name (which means bridge of 33 arches in Persian) is rather self-explanatory, as the bridge was named after the number of arches that are built within this popular tourist attraction.

Not too far from Si-O-Se Pol, resides the celebrated Khaju bridge. This bridge was once the royal dwelling of second Shah Abbas and his family, and is also called the royal bridge for this reason. What makes Khaju unique among all Persian bridges is its detailed tile design which is simply unmatched in Iran.

One of the highlights of Isfahan city we chose to add to Isfahan travel guide, is the dreamy palace of Hasht Behesht. This palace’s octagon structure has 4 entryways, each of which leads to a separate interior space unique in style and design even among traditional Persian palaces.

Fine Āina-kāri, Muqarnas, and seventeenth century mural paintings of war, kings, and horsemen ornament the walls and ceilings all over the building’s interior. The second floor’s majesty is another matter completely, as it is beautified by complex arches, porticos, and perforated walls. 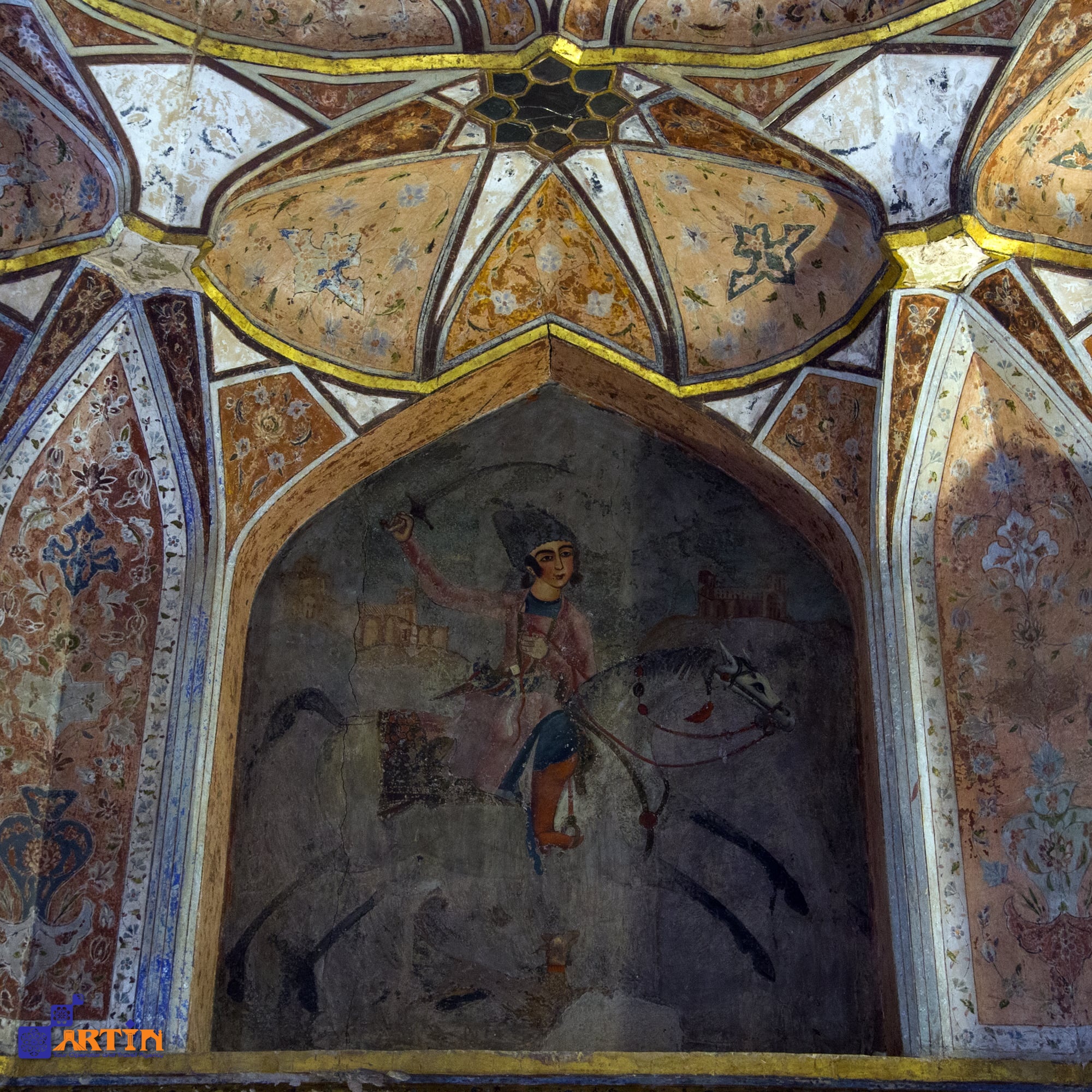 Chehel soton Palace (palace of forty columns) puts the imperial beauty of aged Persia on show in its finest form. The architecture used in this mansion was inspired by traditional Chinese and European designs. This celebrated national gem also belongs to the Safavid era and encloses a lush garden within itself.

Chehel Soton Palace’s foundation was built on a slight slope, so the natural water stream in this estate’s blue pool is gentle but constant. Tall Pines, green Plane trees, cheerful Junipers, and lush Elm trees are aligned in rows on both sides of the garden, decorating the path leading to the mansion beautifully with natural elements. 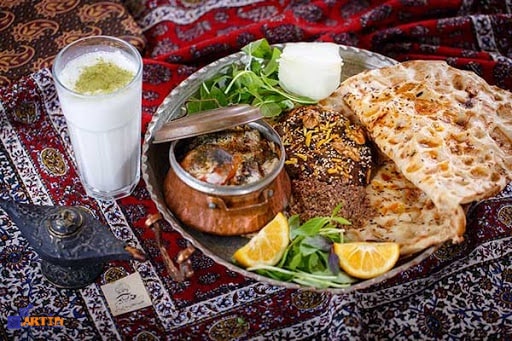 What to Eat in Isfahan

One the most famous dishes made in Isfahan, which is also popular and cooked in other cities, is Isfahan’s Beryoni. This dish is prepared with dried vegetables, saffron, and cinnamon spiced fresh beef (often served with rice or Nan Sangak and Dough). Take the Isfahan travel guide’s advice to heart, we know that the best Beryonis in Isfahan city are found near the Khaju bridge.

Isfahan is also famous for its delicious Halims (or Haleems). One of the most popular ones on the list is Isfahan Halim Bademjan (halim made with eggplants and Kashk). 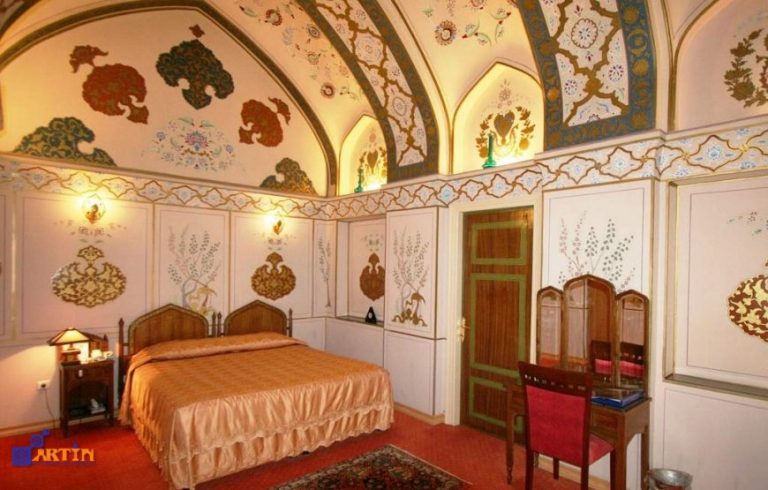 Where to stay in Isfahan


Isfahan is visited yearly by many tourists and travelers, and some of the most comfortable and beautiful accommodation options can be found in Isfahan. On our Isfahan travel guide, we recommend you consider both Isfahan luxurious hotels and eco lodge and traditional houses. To make you stay in Isfahan more pleasant for yourself, book your hotel of choice before visiting this city.

looking for a hotel ?

Make a reservation at Top hotels in Iran
Learn More 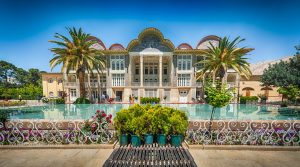 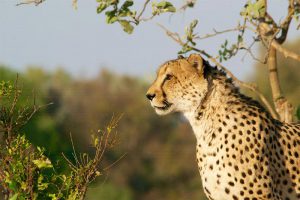 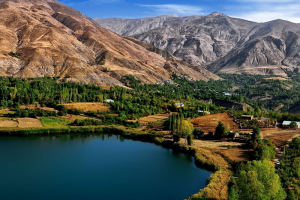 
Isfahan’s weather is pleasant and refreshing all throughout the spring. Although, we recommend that you plan your trip to Isfahan after the 17th of Farvardin (5th of April). That’s because the Iranian new year ceremony is held in early spring and as a result, crowded roads and touristic sites are seen all around the country! The best of Isfahan city is experienced from early April to late May, as the weather is pleasing and your favorite Isfahan tourist spots are less crowded. Isfahan is also enjoyable in early fall, if a little more on the cool and windy side.

Rent your own private vehicle and relax as your driver takes you to Isfahan city’s touristic spots. You can choose to have a guide with you, or tour the Isfahan city on your own. On this Isfahan travel guide, we suggest you use internet taxi applications serious! On-demand (international friendly) taxi applications are available and operating in Isfahan. They are safe, fast, and convenient; and can be shared with other travelers or hailed privately.

Navigate your way through the city using taxis and public buses and make your job easier with navigation applications, like google maps. (Isfahan is also equipped with a convenient subway system)

Note: At the time of updating this post,  the COVID-19 virus has spread globally and health services are still struggling to cope. Thus, it is not recommended to use public transportation means at the present time.