The fact that Iran is not entirely flat or made up of deserts comes as an unexpected piece of information to many people. It’s true that Iran deserts make up a glorious and dreamy portion of Iran, but more than 100 Iran mountains stand higher than 13000 feet!

These peaks make up 55 percent of the country. The Alborz range in the north, the Zagros chain in the west, the Eastern Mountains, and the Central Mountains make up Iran’s mountain ranges. However, there is much more to Iran mountains than you think!

To fully understand Iran, it is necessary to first comprehend its size. Iran is the world’s 17th biggest country. It is 1,684,000 square kilometers in size. That is, its landmass is larger than the collective lands of Western Europe’s France, Germany, the Netherlands, Belgium, Spain, and Portugal. 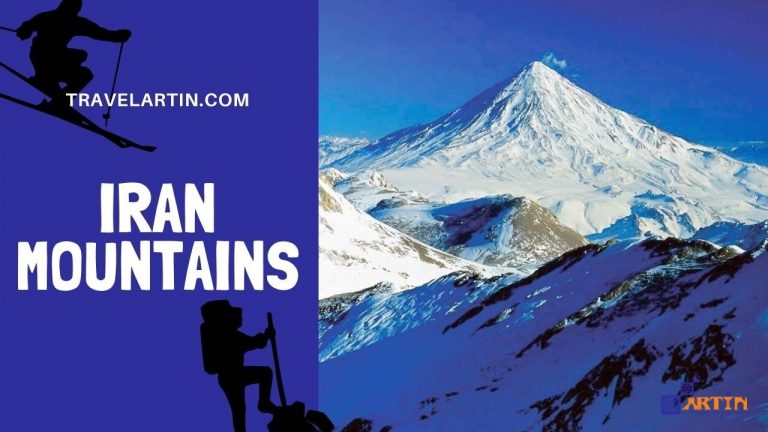 Iran’s geographical barriers are even more significant. Beyond all else, Iran is defined by its mountains, which shape its borders, encircle its cities, and shape its historical foundation. To understand Iran, you must first comprehend the country’s size as well as its mountainous terrain.

The country has an average altitude of 1,035 meters, with the highest point being Kuh-e Damavand at 5,670 meters and the lowest being 28 meters below sea level in the Caspian Sea. The country’s two largest mountain ranges, the Alborz and Zagros, span thousands of kilometers of area.

All through history, the two ranges have been the devoted guardians of this area against numerous invaders. In Iran, there are approximately 100 summits higher than 4000 meters, most of which are in the Zagros region. 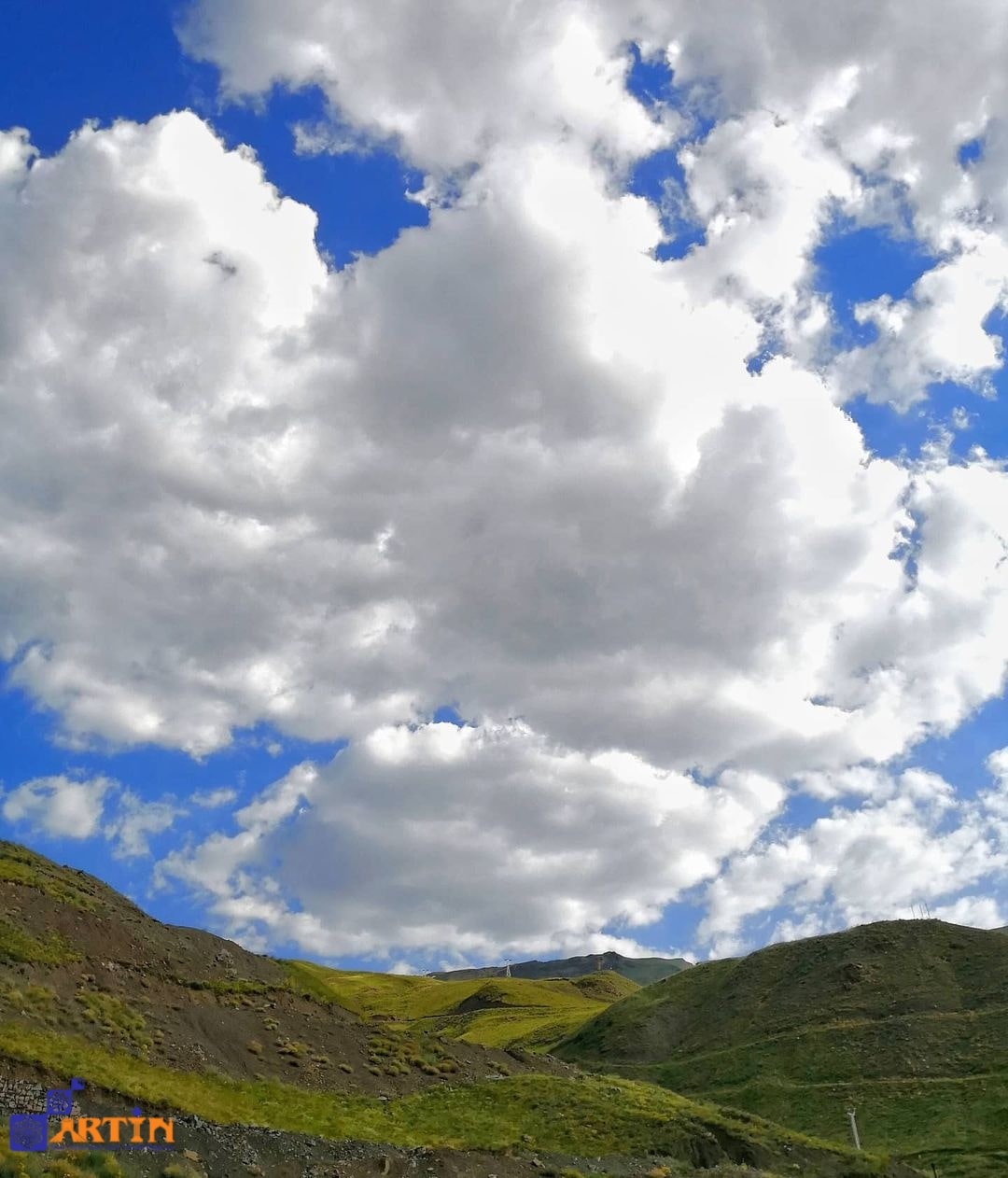 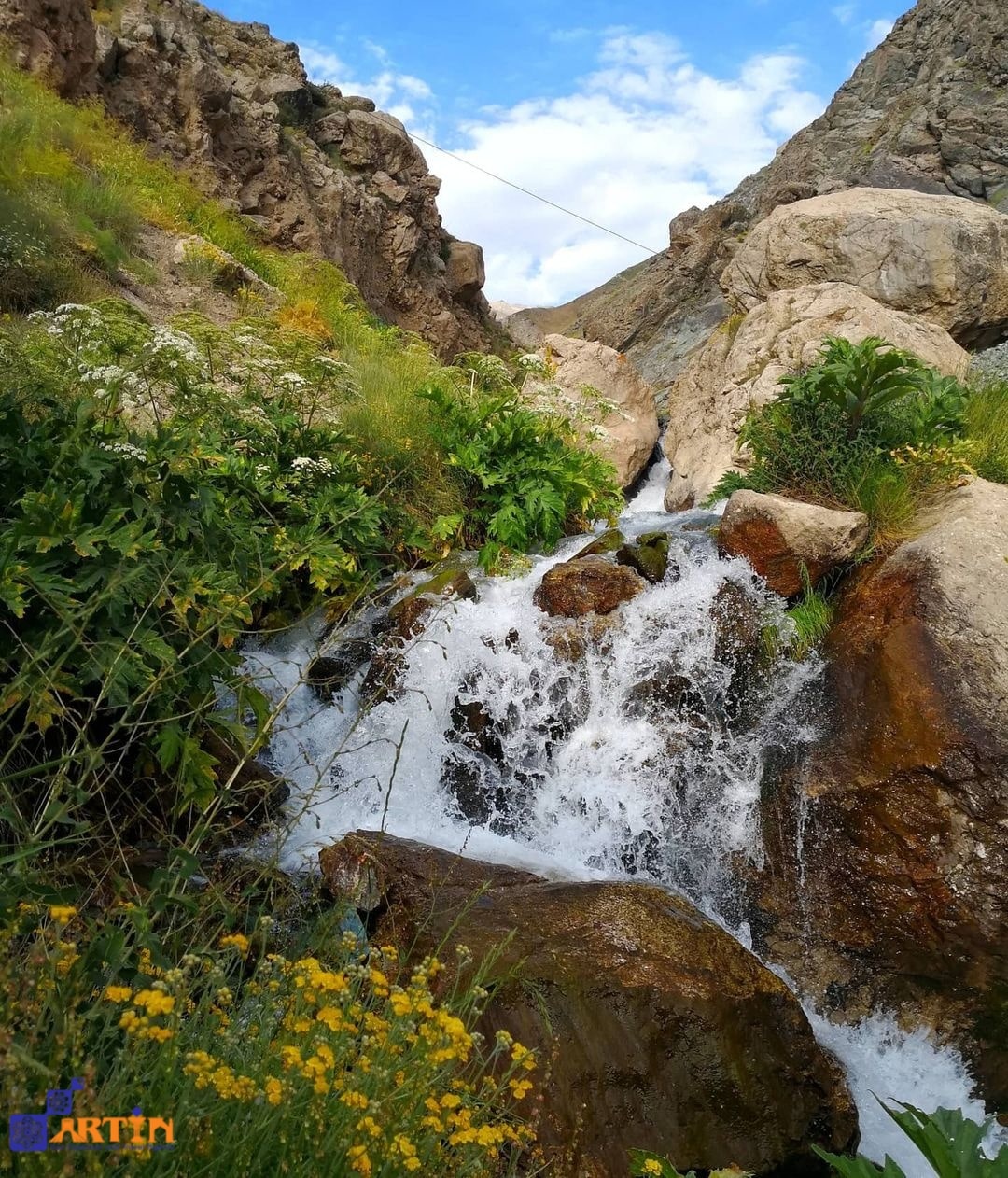 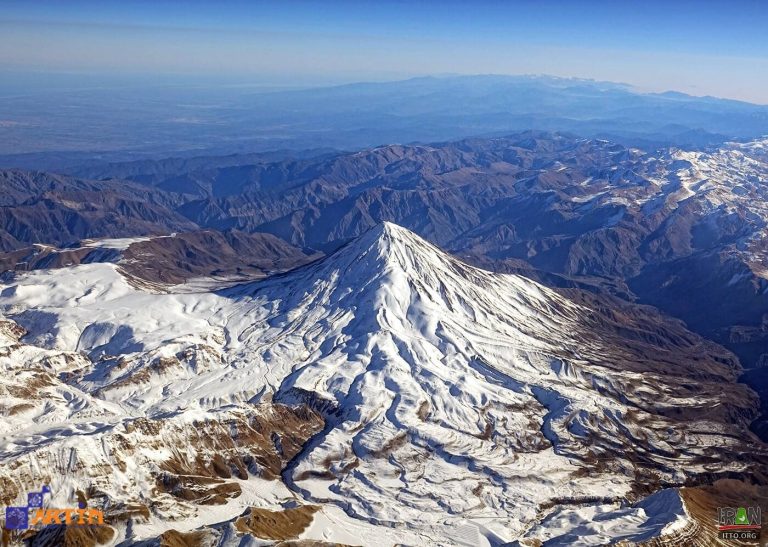 Mount Damavand is Iran’s tallest peak and is known as the “Roof of the Country.” This volcano, which is part of the Alborz range, is more than just one of the country’s magnificent natural treasures. It is a well-known fact that Damavand is one of the most popular spots for winter sports like skiing and more summer-y sports like mountaineering. But, what surprises most people, is the fact that Mount Damavand is a famous and important figure in Persian mythology too!

Damavand appears in Iranian folklore, most notably in Ferdowsi’s epic poem Shahnameh. According to mythology, Zahhak, the three-headed dragon was tied to the mountain and would remain there till the end of time.

The atmospheric pressure at Damavand Peak is half that of sea level. It is also the Middle East’s tallest mountain and Asia’s highest volcano. There are sulfur-emitting fumaroles around the summit crater, making Damavand a potentially dangerous, volcanic Iran mountain.

The mountain is so prominent in Iran that it is depicted on an Iranian banknote worth 10,000 Rials. Countless Iranian hikers consider Damavand to be their final objective, and if you adore nature this is a trip you should not miss.

Alam Kuh, The Gem of Alborz

The second tallest peak in Iran is Mount Alam-Kuh. During most months of the year, the mountain summit is buried in snow, making it the ideal spot for skiing in Iran! Alam-Kuh is a beautiful mountain in Mazandaran province that is a haven for those who enjoy wildflowers and greenery. Each year springtime, various Iran tour packages are held at Alam-Kuh.

Many tours offer hikes in this Iran mountain, which is known for its refreshing atmosphere and lush nature among adventure tourists. What’s more interesting, is that more than 10 different pathways lead to Damavand top, each of which passes a unique scenery in a beautiful environment. Alam Kuh is a well-known mountain, and its notoriety stems from the difficulty of ascending it. Climbing to the peak from the northern path is especially challenging and complex. 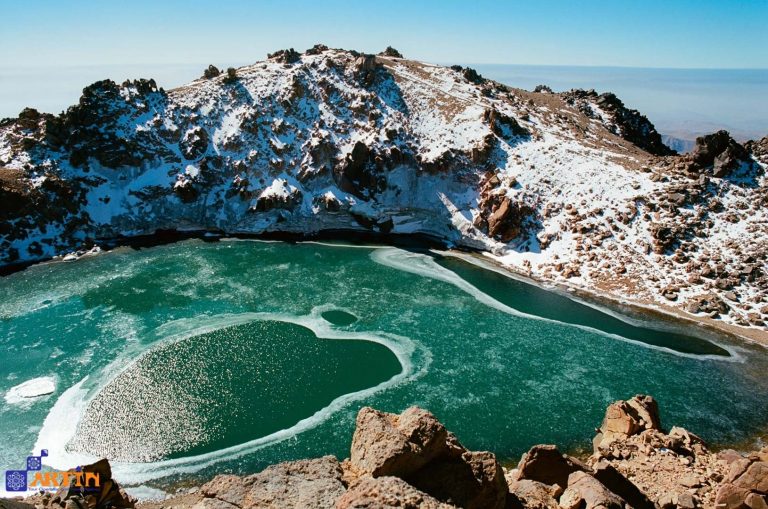 Iran is surrounded by mountain ranges; therefore, you may see gorgeous mountains in any part of the country. Iran’s northwestern and northernmost regions are much the same, and you can survey these lands beautiful tourist attractions with Iran Northwest Tour Package.

They also have their own high points. One of these is the permanently white Sabalan Mountain, or Sabalan (in Azerbaijani Turkish), which has extraordinary beauty comparable to Mount Blanc of Switzerland. The journey to Sabalan is unlike anything you’ve ever experienced before.

You must travel to Ardebil, which is located in northwest Iran, to begin your expedition. This Iran mountain is substantially colder than other mountains in Tehran like Damavand, and it is quite different from other mountains too.

Zoroaster, the Persian prophet, is said to have ascended from Sabalan and begun his spiritual path. This unique mountain continues to be revered by the natives and nomadic tribes, who even use its name as a symbol of honoring their vows. 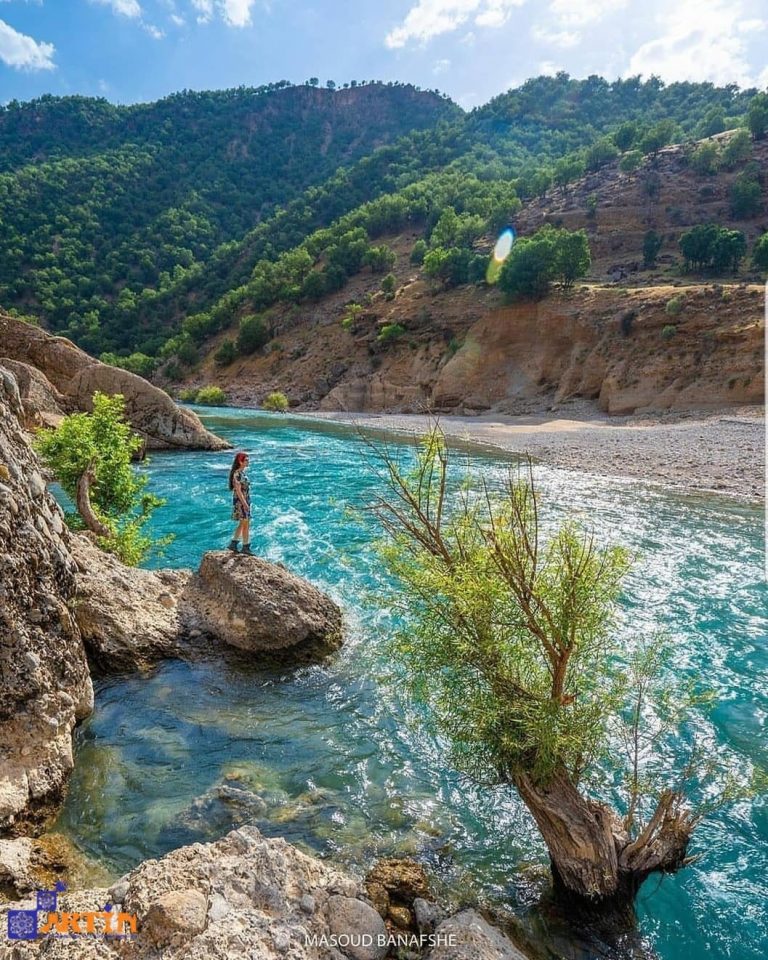 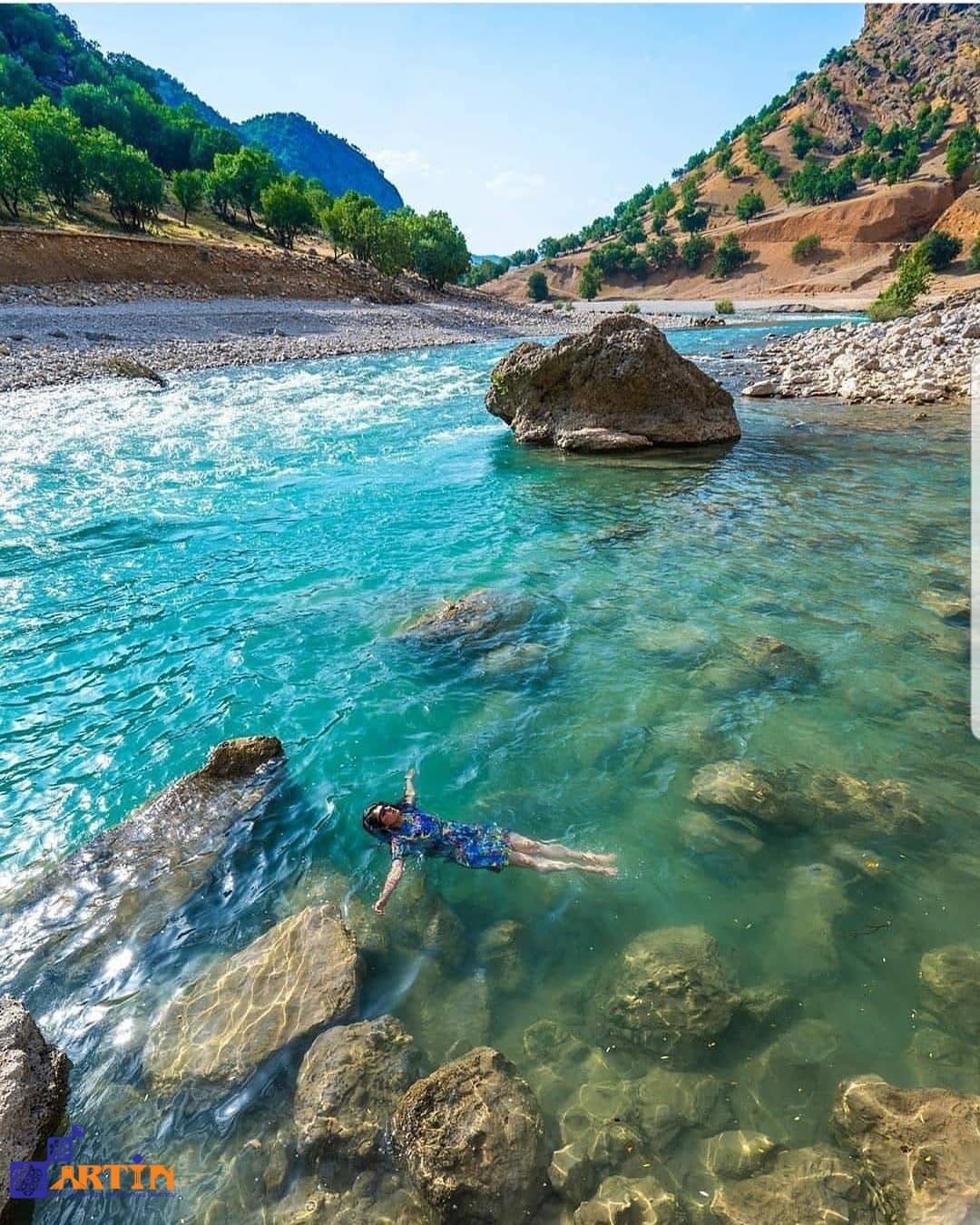 The vast Zagros Mountains boast sprawling oak woods and lush greenery, climbing the rocky hillsides of this mountain range. The rugged slopes are home to two powerful and mysterious mammal species: The Persian leopard and the striped hyena.

Beautiful Persian squirrels make their nests in the oldest and highest trees, bouncing languidly between oak branches; adept swimmers and climbers, they have luscious russet red coats. Deep valleys and rugged peaks rising above 14,000 feet separated ancient empires—Babylon in the Fertile Crescent and the grand metropolises of old Persia to the east. More than one conqueror, including Alexander the Great, was frustrated by these Iran mountains.

However, the animosity of Zagros has always been saved for the cruel, and its rich meadows and rivers have served nomadic tribes and locals greatly. These refreshing water bodies are fed by winter snows, and nomadic tribes have been traveling through the Zagros with the seasons to feed their goats and sheep for hundreds of years.

Dena, A Wonderful Treat for Hikers

The Dena Mountains, which are virtually in the center of Zagros, is the highest component of the range, with 49 summits exceeding 4000 meters. There is a comparable area in the Alborz range named Takht-e Soleiman, whose highest peak is the famed Alam Kuh 4850m, the country’s second-highest mountain.

You can observe the traditional Persian lifestyle among nomads of this area in one of our Iran nomad tours, or even walk these slopes and hillsides yourself in any of our Iran climbing tours in Zagros. Dena, one of the most well-known peaks in the Zagros Mountains, is a sub-range that runs through Isfahan, Kohkilouyeh, Chahar-Mahal, and Bakhtiari.

Climbing this high Iran mountain is possible from any of these cities. Regardless of where you start though, there will be a lot of animals and flower-filled grasslands where you camp and climb. The name of this sub-range was formerly Dehnar or Deh Anar, which meant “pomegranate town,” likely referring to an ancient village whose remnants may still be seen on the Dena Mountains’ flats.

Zardkuh Bakhtiari is a hilly region in Iran’s southwest, located in the northwest Zagros mountain. It’s interesting to learn that the Persian word “zard” means “yellow.” This mountain is known as ZardKooh because of the yellow tint of its peak, which results from the yellow dirt beneath the surface. Of course, the mountain’s summit is normally covered in snow.

Due to its unique natural charms, the Zardkooh zone in Zagros, and specifically Chelgard city, is a popular destination for sports enthusiasts. Skiing in Zarkooh slopes is very popular with tourists, and you will soon learn how skiing in Zadrdkooh is different from skiing in other Iranian resorts.

Every year, numerous tourists from all over the nation and even the world flock to this town because of the region’s clean and undisturbed nature, as well as its distinctive attractions. Every season has its own distinct allure and beauty. Fall and winter in Chelgard are popular among ski enthusiasts; when the tall peak of Zardkooh is blanketed in fluffy snow, skiers are in for a once-in-a-lifetime adventure! 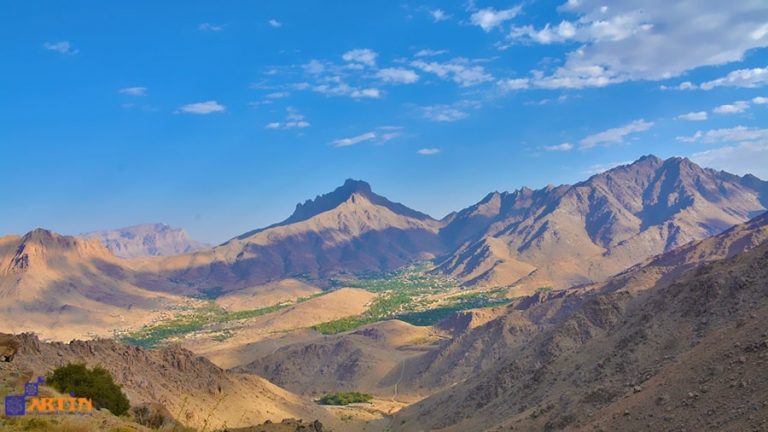 Shir Kuh, at 4075 meters, is the highest peak of the sustained central Iran mountain ranges in Yazd province. Shir Kuh is around 40 kilometers from the old and magnificent city of Yazd, and you can visit the city after a couple of days of outdoor discovery.

You can ski on powdery snow and wander through the scorching sands of the desert on the same day. For travelers, it’s worth noting that the Persian word “Shir” means lion, hence Shir Kuh refers to a large and formidable mountain.

You can easily reach Shir Kuh from the ancient city of Yazd, which is home to the national treasures of Qanat systems. 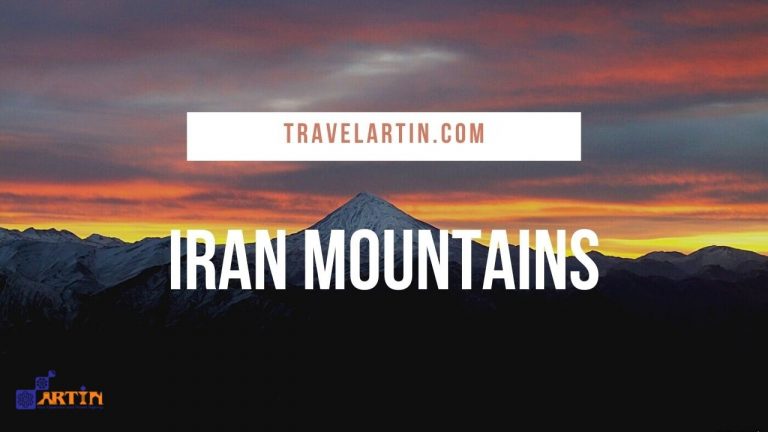 what are the highest mountains in Iran?

Damavand mountain, Alam ku mountian, and Sabalan mountain are three of the highest peaks in Iran. All of these mountains are in Alborz mountain range.

What mountains in Iran are best for skiing?

There are many heights in Alborz and Zagros mountain ranges, which are perfect for skiing. some of the most famous and popular Iran skiing resorts are located in Dizin, Shemshak, Tochal, and Khor.

Can I ski in Iran?

Yes! in fact, the powdery snow and unique slopes of Iran heights make this country a great place for skiing.

What mountains are best for hiking and climbing in Iran?

There are numerous lush and gorgeous mountains in Iran, and some of the best ones for mountain sports are: Damavand mountain, Dena mountain, Zardkooh, Sabalan mountain, and Alam Kuh.